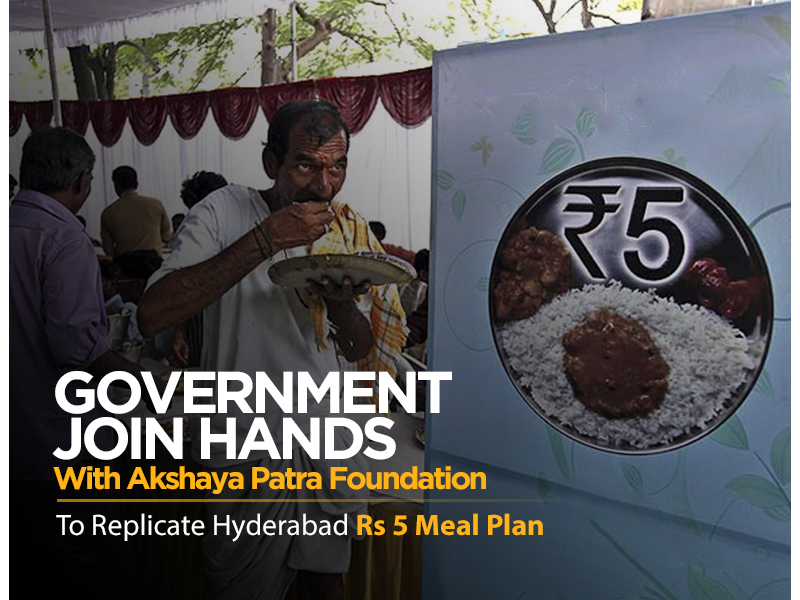 The government has proposed to run Rs 5 mid-day meal scheme for the poor in Warangal Urban district, taking a cue from the Greater Hyderabad Municipal Corporation (GHMC). To implement this scheme, an administration has decided to seek the expertise of the Akshaya Patra Foundation (APF), run by ISKCON. This alliance will help to efficiently meet the mid-day meal needs of the massive population, majorly including farmers, labourers, and nearly 52,000 school children in Warangal Urban district.

In fact, the Akshaya Patra Foundation is in charge for 108 mid-day meal counters in GHMC that serve nutritious food to over 90,000 people. Warangal, the second largest city in the State with nearly 10 lakh population, also draws masses of floating laypeople, approximately two lakh every day.

Under this plan, meals will be served to nearly 4,000 poor people at the four counters located at MGM Hospital, Warangal Railway Station, Public Garden and Kazipet railway Station. While a counter at the Market yard will serve nearly 4,000 farmers. Greater Warangal Municipal Corporation and the Market Yard will bear the subvention amount.

In addition, the administration endeavours to provide meals to over 52,000 children, who are deprived of mid-day meal benefit in State-run schools. As per sources, earlier Rs 8 was spent on each student will now be lessened to Rs 5 meal plan. The meals will be sent to all the schools from the centralised kitchen of Akshaya Patra Foundation which is soon to be inaugurated at the Enumamula market yard.