The corridor will help the pilgrims from both sides to pay visit to the holy Sikh temple, without visas.

A wave of optimism has emerged for devotees amidst the tensions between India, and Pakistan. Discussions for a hassle free cross-border corridor for pilgrims have been recently initiated.

The decision is seen as an uncertain step taken between the two nations, who pose struggling power relations in the South Asian region.

The Indian cabinet approved the construction of the temporarily named “Kartarpur corridor”, last week. It is a 5 kilometer (3.1 miles) passage that will connect two Sikh temples on either side of the border between India and Pakistan. The passage is due to open in 2019.

The Gurdwara, of Darbar Sahib is considered divine by the Sikh community. The Gurdwara was home to Guru Nanak Dev Ji, one of Sikh leaders, and he died there at the same spot in 1539.

“This corridor will be a historical landmark between India and Pakistan and will also boost tourism as more pilgrims would visit the holy shrine throughout the year between two countries,” said an Indian press release.

The passage, popularly called “corridor of peace” in the media, is the latest measure to re-shape and improve the cultural ties between India, and Pakistan. The tensions arose after years of stressed relationships, which began after the great upsurge that caused the countries to part their ways, following the departure of British led colonial rule in 1947.

“Opening the corridor will allow Sikh Yatrees an ease of access for their most reverent place of worship which has been their longstanding demand. This is also reflective of the importance and primacy that Pakistan gives to all minorities,” said the statement released by the Pakistan Foreign Affairs Ministry.

While the passage is a great attempt to re-strengthen ties, the countries remain to be non-conclusive over the issue of disputed territory of Kashmir.

Also heat waves are blown now-and-then between the two, recently with a non-favorable bilateral discussion by India, a step initiated by Pakistan. Inviting Indian Prime Minister, Narendra Modi, to SAARC next year, Pakistan made a wary move.

However, the inauguration of the corridor on the Indian has already commenced and Pakistan’s Prime Minister, Imran Khan, is planning to inaugurate construction at the Pakistan. 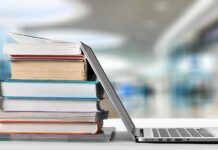 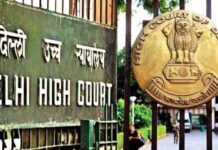