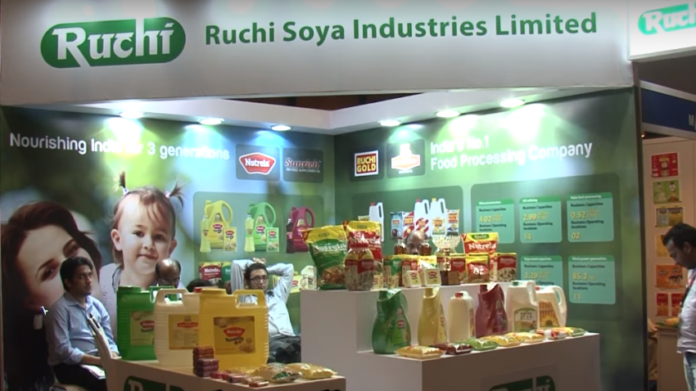 India as a nation is one of the largest consumers of edible oil, yet it lags behind in its production to cater to the population needs. With the growth trajectory of edible oil’s demand, and prices of edible oil becoming relentlessly high, the shift towards domestic production is not an option rather a necessity.

A highly inelastic commodity, edible oil has an ever increasing consumption. India’s vegetable oil consumption is expected to grow by 3 percent CAGR and to exceed 34m tonnes by 2030, from 23m tonnes in 2017, according to the sources.

How is the Indian market being affected by oil supplies?

Edible oil prices have made an uptick, and are predicted to increase more in the forthcoming years. India’s 67 per cent (25 million tonnes) of domestic demand is met through imports, but however, the rupee depreciation and tariff prices are to hinder the sectors price plus movements.

“Rupee has depreciated by nearly 13 per cent during the last few months which has increased import cost. Also, the government raised the minimum support price of oilseeds resulting in higher cost of production. Since the demand is also going to rise during the ongoing festival season, edible oil producers are all set to raise their product prices marginally by around Rs 5 a kg,” said a senior industry official on the sideline of Globoil India, an industry event being held in Mumbai.

Trying to make the country self-contained, India has to move towards building a strong domestic market, attaining the level of self-sufficiency. According to reports, India is one of the major growers of oilseeds, with its vegetable oil economy the fourth-largest after the US, China and Brazil.

Growing population, economic growth and rising disposable income are anticipated to be the key drivers of India’s vegetable oil consumption growth. The market is experiencing a rate of growth currently at three per cent annually, and is to exceed 34 million tons by 2030, according to a report.

“Increasing income, urbanization, changing food habits and deeper penetration of processed foods will be key drivers of future consumption growth of edible oil in the country,” RaboResearch report ‘The Future of India’s Edible Oil Industry: How Will India’s Vegetable Oil Demand Shape Up by 2030’

Why is Patanjali Ayurved so keen to buy oil maker Ruchi Soya?

With Ruchi Soya holding the largest share of the agribusiness companies in India and being one of the prime producers of edible oils (accounting to 13% of the market share), it is on the radar of major companies including Patanjali, Adani Wilmar (who also happens to be its competitor).

The company which is led by Dinesh Shahra, offers 3.72 million tonnes oil seed extraction capacity of ruchi soya seeds in India. It is a cover-spread of around 24 plants of crushing, milling, refining and packaging edible oils, and product of Ruchi soya are one of the largest exporters of value-added soy products. Its product portfolio is extensive (Nutrela, Mahakosh, Sunrich, Ruchi Gold and Ruchi Star) which has made these companies eye on the valuable assets of the firm, to further spur and dominate the FMCG industry.

With annual turnover of over US$2.7bn in 2008 Ø Ruchi Soya is the largest producer and supplier of Vegetable Oil and Soya Food in India.

The trading position of Ruchi Soya in the edible oil industry is intensive as compared to other producers. This has embarked Godrej eyeing a major stake for Ruchi Soya, along with already keen companies such as Patanjali Ayurveda Ltd, ITC Ltd and Emami Ltd. Acquiring the assets of the company would undoubtedly help them reap windfall gains to these firms,  that aim to capitalize increasing nation’s consumption demand.

What is the current view on Ruchi Soya Industries Limited?

After having an unsuccessful first bid, Patanjali, the second-highest bidder goes in for a re-bid to acquire Ruchi Soya’s stake.  Knowing that India is a potential market for edible oils, and after Patanjali’s stressful previous year due the declining profitability margins, (as its initial success due to herbal products has followed multinationals to enter into the business sector) it is looking to further grow into FMCG sector with Ruchi soya Patanjali association.

Industry-wide branded edible oil sales expected to grow at 15% annually over the next few years and companies like Patanjali and Adani group are scrapping to leverage the rise in demand to apprehend dominating market share in the FMCG sector.

The Baba Ramdev-led company has offered Rs 4,350 crore, including Rs 115 crore as equity infusion , to Dinesh Shahra’s Ruchi soya upping its offer from Rs 4,160 crore earlier, and the equity infusion will be used to enhance operations of the company, a spokesperson for Patanjali Ayurveda told a news source.

“They have some beautiful assets. We want to buy their oil palm business. The problem is we cannot just bid for one part of the business,” they added.

Another report surfaced where the Indore-based Ruchi soya has received as many as 26 applications from a mix of Indian and foreign multinationals to acquire a major percentage of its stake. Seeing the high demand for edible oil in India, various conglomerates are coming forward to collaborate with the domestic oil producers to cater the market better.