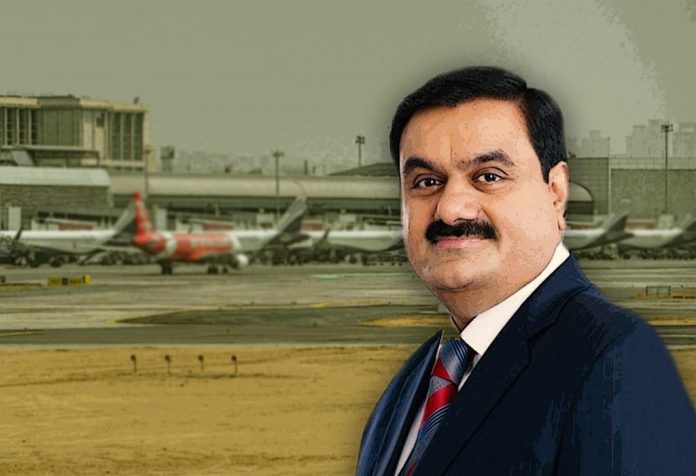 Paving the way for billionaire Gautam Adani’s group acquiring controlling interest in the Mumbai Airport from the GVK Group, the two corporates on Monday announced reaching an agreement for Mumbai International Airport Limited (MIAL) as well as the upcoming Navi Mumbai airport. The Adani Group will acquire 74% in MIAL — the entire 50.5% of GVK;, Airport Company of South Africa (ACSA’s 10%) and South African Bidvest’s 13.5%. The remaining 26% will be with Airports Authority of India (AAI).

Adani Group will also “achieve financial closure of the Navi Mumbai International Airport project at the earliest in order to commence construction.” The Adani Group had emerged as higher bidder for operating six AAI Airports — Jaipur, Guwahati, Thiruvananthapuram, Ahmedabad, Lucknow and Mangaluru — PPP way for 50 years. The Kerala government is opposing handing over T’puram airport to Adani. With India’s second busiest airport, Mumbai’s CSMIA, and the upcoming Navi Mumbai also in its portfolio, Adani Group emerges as one of the largest private airport developers in India.

Read Also – Will Dubai become the new “Tech Hotspot” of the world?

The Adani Enterprises Ltd Monday said that the Adani Airport Holdings Limited (AAHL), the flagship holding company of Adani Group for its airports business (and a subsidiary of Adani Enterprises Limited) has entered into an agreement to acquire the debt of GVK Airport Developers Limited (GVKADL). GVK ADL is the holding company through which GVK Group holds 50.50% equity stake in MIAL, which in turns holds 74% equity stake in Navi Mumbai International Airport Limited (NMIAL). According to the agreement, AAHL will acquire the debt of GVKADL from its airport lenders.

In a statement, the GVK Group said the other terms of the GV Group said the other terms of the GVK-Adani agreement include: “Acquisition of debt by Adani from various GVK lenders including a Goldman Sachs led consortium and HDFC; release GVK of various obligations, securities and corporate guarantees given in respect of debt to be acquired by Adani and ability for Adani to convert the acquired debt to equity of GVK Airport Developers Ltd on mutually agreed terms, subject to obtaining necessary regulatory approvals.”