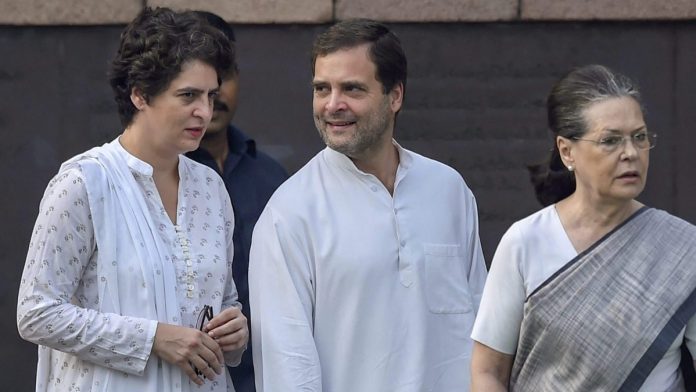 Priyanka Gandhi Vadra had been hailed as the Brahmastra by Indian National Congress (INC) at the beginning of 2019, but her debacle in the Eastern Uttar Pradesh elections proved otherwise. The narrative of ‘Priyanka vs Modi’ couldn’t pick up the desired pace and eventually, deflated under the label of ‘a mere tall claim’. Here are a few points that prove why Priyanka Gandhi cannot become the Prime Minister of India:

She could be Bipolar

BJP tackled the Congress trump card tactfully by not building a national level competitive image with Priyanka Gandhi. Furthermore, snide remarks from senior BJP leaders overpowered her image-building efforts. For instance, Subramanian Swami said, “She has a disorder of bipolarity. She beats up people. Her ailment does not make her fit to lead a public life. The public should know when she is likely to lose mental balance.”

Ghosts of the Past

Priyanka Gandhi Vadra is the wife of Indian businessman Robert Vadra who was the prime accused in cases such as DLF land grabbing, United Kingdom money laundering, and Bikaner land grabbing. While the magnitude is debatable, the association continues to hamper her political success. Additionally, INC has repeatedly tried to equate Priyanka’s leadership and decision-making capacity with Indira Gandhi due to the similarity in looks – a strategy that has caused more harm than good.

Differences between the 3 Gandhi’s

Sonia Gandhi continues to express her relentless support for the old party members whereas Rahul and Priyanka continue to make the headlines for their amateur comments, ignorance towards press interviews, and inability to capitalize on public opportunities. Furthermore, it is public knowledge that INC is undergoing an internal ideology crisis between Sonia and Rahul-Priyanka team over the involvement of non-Congress youth blood in party leadership.

Unity between Sonia, Rahul, and Priyanka is the foundation stone for the latter’s Prime Ministerial dream. However, they’re far from close. Without the faith of the family and trust of party members, it is unlikely for Priyanka Gandhi to become the Indian Prime Minister anytime soon.