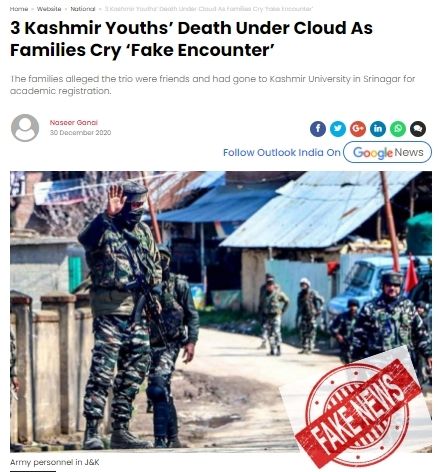 There’s been a great hue and cry on social media about the alleged encounter of three ‘innocent’ Kashmiri students by the Army in Hokersar area near Srinagar. As the families of the terrorists claimed foul play, people have outpoured tweets and posts, fueled by the sentiment, about Indian army’s brutality without diving into hard facts.

Three individuals killed in the Hokersar encounter were students, who had gone to submit forms for the Kashmir University. 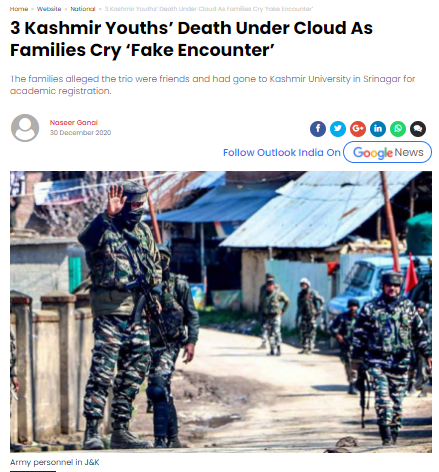 According to the security forces, the three men, as identified by ANI, namely Zubair Lone, Ather Mushtaq, and Ajaz Maqbool Ganie were hardcore associates of terrorists, better known as Over Ground Workers (OGWs). Such people arrange for cash, ammunition, documents, and other logistics for terrorists before they strike. 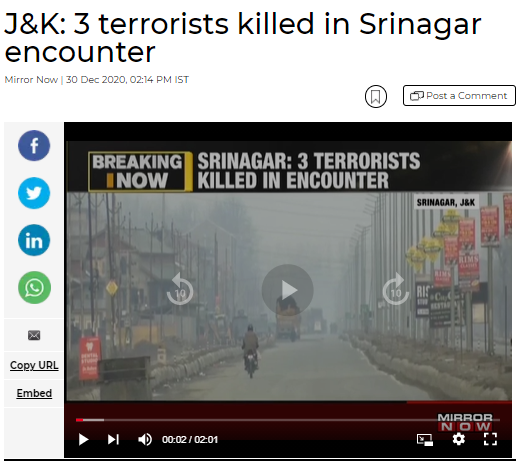 Out of the three, Zubair was a new recruit while the other two have been identified as experienced OGWs. One of them (not named) was a relative of Rayees Kachroo, the top commander of Hizbul Mujahideen who was killed in 2017.

Commenting on the encounter, H.S. Shahi, General Officer Commanding (GoC) Kilo Force, said, “The operation was launched last evening after getting inputs that militants were inside a house close to the national highway.”

Here’s a video of the police and CRPF ensuring that no harm would be done if they come out and surrender:

On 29/12/20 evening after the cordon at #Hokersar, troops are repeatedly #appealing the trapped #terrorists to come out and #surrender with assurances that they will not be harmed. @JmuKmrPolice pic.twitter.com/B625zd78yY

The routine search party patrolling exercise turned into a late-night encounter when terrorists threw grenades at the Army personnel followed by constant firing in an attempt to fend them off. Police and CRPF retaliated but resorted to an area cordon as they couldn’t fight for long in the dark.

In the following morning, around 11:30 AM, the terrorists successfully eliminated. According to the official statement from Jammu and Kashmir Police, “Upon their search, arms (One AK-47 and two pistols) and ammunition and other incriminating material along with some documents were recovered.”

Some families from South Kashmir that claimed the deceased to be their wards couldn’t get ahold of corpses as the bodies were sent to Ganderbal for further identification and last rites in front of the magistrate, said a police official.