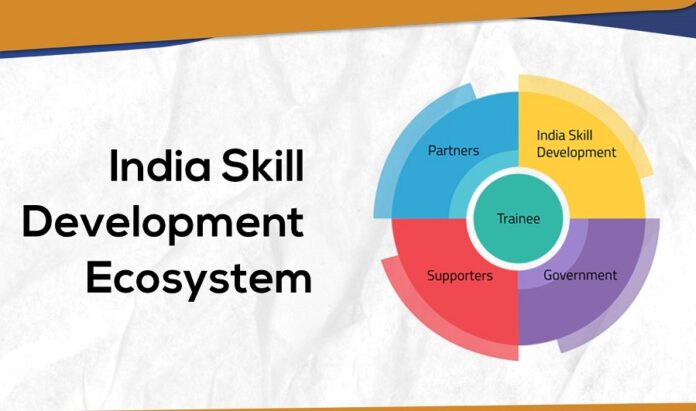 YES Bank and its astute leader Rana Kapoor, former MD of the Bank have pioneered a way for knowledge, development, dialogue and engagement to be the cornerstone for upskilling India

Human Capital in any country becomes the core to its competitiveness, innovation, wealth and development in this contemporary age. While around the world and throughout history, it has been believed that the availability of natural resources of high value like coal and iron ore can fundamentally make an economy profit-yielding and give these countries a signifcant advantage in the world economy- this isn’t the entire picture. Japan is a starting example of this; it is a nation that does not fall into a geographical zone that is abundant in natural resources. Yet,  Japan today is one in the strongest industrial nations to exist with the most profitable production of steel. Japan stands today as the classic example of how state-initiatives in education is one crucial area that turns human capital to optimum strength to drive economic growth.

India is a nation that has been endowed with many natural resources. The advent of industrialization has taken a classic agro-economy to now a sizable services economy. However, in terms of human resources available, we are yet not optimizing the potential from the demographic dividend we enjoy. Traditionally practiced education systems in India have placed the great focus on students securing degrees in engineering, medicine or law. Those who cannot afford to educate, directly take up blue-collar jobs. In this scenario, however, we miss on the crucial to skill our workers and train them to be better at their craft.  The contemporary times have indeed demanded radical reforms in the way we educate and up-skill Indian youth to take our country and economy forward. While the government makes efforts to institutionalize vocational schools with projects like the National Skill Mission and the National Skill Development Corporation within a Ministry of Skill Development, we have individual and judicious leaders who have come forward to add support, resources and their will to enhance the Indian skill ecosystem.

Rana Kapoor, the former MD and CEO of the YES Bank is one such leader who focused on building India’s skill-ecosystem. Kapoor had recognized the catalytic role of creativity, culture and curriculum in making India’s future abundant with entrepreneurial opportunities for the generation of upcoming professionals and entrepreneurs. Some bold policy formulations through YES Bank were Rana Kapoor’s unique way of boosting a vivacious India using capability enhancement and job creation as tools. Under Kapoor, YES Bank focused on the country’s socio-economic development with YES Global Institute- a think-tank within the bank that channelizes private sector investments to help fund India’s development.

Rana Kapoor believes that the most robust structure that our country can grow within is the one where private sector responsible initiatives run parallel to and synergise with government efforts to turn India’s demographic potential into its power. Being a visionary entrepreneur himself, Kapoor’s approach with the YES Global Institute was to develop financial instruments for the upcoming venture-holders by connecting Glocal Impact Investors with Social Entrepreneurs to weave a sustainable design under which rising entrepreneurs could thrive. . His aim further extended to establish the dominance of social entrepreneurship in the heart of every Indian entrepreneur- a virtue that Rana Kapoor abides by through all his life.

Inclusive Growth is another key area that the YES Global Institute targeted to help overcome the country’s economic and social disparities. The bank emphasized on knowledge as a key means to enhance capability and capacity of Human Capital by creating an environment of ongoing learning which equips people with knowledge and skills aligned to YES BANK’s strategic objectives and goals.

Another noteworthy initiative is the YES Global Institute partnered Invest India and UK India Business Council (UKIBC) study- ‘Indian Skill Ecosystem – Scoping Opportunities for India-UK Partnership’ which hosted an event in collaboration in April 2018. The partners sat to weave a design formulation for building an adequate skill ecosystem that is in total sync with the evolving job market of the present times. The discourse articulated a set of three prolonged approach to meet its agenda – Policy interventions, Operational interventions and Robust Skill Ancillary Infrastructure. A recommendation framework that put forward suggestions and upskilling plans back the study, providing valuable insights about India’s crucial upskilling speculations.

During Rana Kapoor’s tenure as the MD of the bank, the institution had also established itself as a ‘pro-women centric’ force for change, recognizing gender disparities as a crucial issue to tackle as the social and economic disparities of India. It recognized and highlighted the need of at least 25% of entrepreneurs in the country to be women by year 2025 as the GDP is projected to get a 16% additional growth with the involvement of women into the workforce. Agenda 25×25 formulated by the bank aims to create this favorable environment for women entrepreneurs to thrive and reach the goal of 25%. YES Bank and its astute leader Rana Kapoor have indeed pioneered a way for knowledge, development, dialogue and engagement to be the cornerstone for upskilling India to reach its potential. 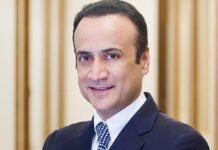 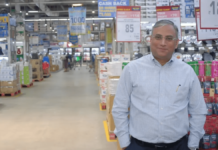