The Indian judge, Brijgopal Harkishan Loya served in a special court that had matters related to Central Bureau of Investigation (CBI). His sudden death, while he was presiding over the Sohrabuddin Sheikh’s encounter case, aroused many controversies that led to a constitutional crisis. He died of heart attack on December 1, 2014, in Nagpur, where he had gone to attend the wedding ceremony of his colleague’s daughter.

Judge BH Loya was appointed as a replacement of Judge JT Utpat, as he objected on the absence of BJP president Amit Shah (main accused of the Sohrabuddin Sheikh case) from the court during trial. Loya too objected on this and also asked Amit Shah’s lawyer of his presence on the scheduled hearing on December 15. He was offered a Rs.100 crore bribe which he denied. Suspicion arose when a healthy person (Brijgopal Harkishan Loya), without any history of cardiac problems, died of “coronary artery insufficiency” as per the ECG reports.

Loya complained of chest pain at 4 am on the day of his death, while at his stay at Ravi Bhavan, a VIP guest house in Nagpur. His fellow judges, Justice Gavai, Shridhar Kulkarni and Shriram Madhusudan Modak attested to his condition and said that he was taken to Dande Hospital in Vijaykumar Barde’s (a local judge) car. But as per the reports by Caravan magazine, Loya’s family was told that he was taken to the hospital in an auto, to which his sister, Anuradha Biyani also raised her voice. The ECG report presented by the hospital was backdated to November 30 (the day before Loya’s death), to which hospital administrator reasoned it as “machine calibration issue.”

One of the most confusing evidence of the matter was Loya’s actual time of death. The recorded official time of death was 6:15 am, but Sarita Mandhane, Loya’s sister, told in an interview with Caravan that she received a call from Barde around 5 am, informing that Loya had died and other family members quoted of the news been received after post mortem.

Another aspect to be noted is the blood stains found on Loya’s clothes. His sister, Biyani’s diary entry stated, “There was blood on his collar. His belt was twisted in the opposite direction, and the pant clip is broken”. Harkishan, Loya’s father, added to it by saying, “His shirt had blood on it from his left shoulder to his waist.” Mandhane supported the statement by saying “say blood on his neck. There was blood and injury on his head…on the back side. His shirt had blood spots.”

A forensic expert cleared the doubts by saying, “Blood is bound to spill out during post-mortem as we open all major cavities in the body. Sometimes, if small gaps remain in the sutures, blood might seep out,” but as per the quotes by Caravan editor, Vinod Jose, the body came wrapped in a sheet and clothes were already removed and packed separately.

Brijgopal Harkishan Loya’s death was a complete tale of twists and turns having every evidence with its counter ready. What do you think led to the death of Judge BH Loya? Were the controversies created worth the attention? 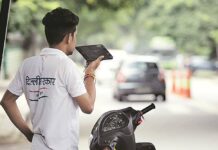 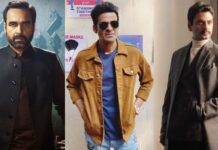