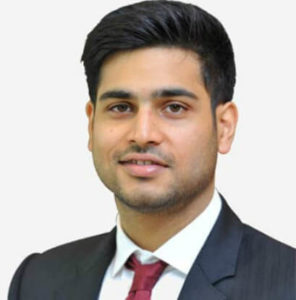 Despite being a scion of the richest family in India, Anmol Ambani prefers to avoid the unnecessary glare of media. This is the reason why people don’t know much about him. As per his minimal public appearance, he seems to be a simple boy who loves his family.

Similar to his father, Jai Anmol Ambani too is fond of numbers. In spite being the student of science, he had an ardent interest in economics. It is a known fact that he was fond of reading about macroeconomics and policies.

From an early age, he started investing in the stock markets. Besides, while most students remain unaware about their career paths at the age of 18, Anmol worked as an intern with Reliance Mutual Fund for two months.

After completing his education, it was natural for Jai Anmol Ambani to get associated with Reliance Group. As per his father’s planning, Anmol Ambani started working in Reliance Capital, in 2014. He took over the operations of various services that the company offers.

By suggesting his son to work in Reliance Capital, Anil Ambani aimed to teach him minutes of the business world and the working culture of Reliance companies. His father’s plan proved to be effective, when Jai Anmol Ambani tasted success in negotiating with Japanese major Nippon and convinced them to raise the stake in the Reliance Capital’s insurance division, that is, Reliance Nippon Life Insurance.

It was in September 2017 that Jai Anmol Ambani was made the Executive Director of Reliance Capital in the Annual General Meeting (AGM). He delivered his first ever public speech during the meeting, which came to be a big achievement for him.

People who know him claim that Anmol is soft-spoken and extremely dedicated towards work. In meetings, he is often found throwing in a sharp question or two, a trait that has helped him excel professionally. A rather shy lad, although he is rarely seen in front of the camera, he was recently spotted in his sister, Isha Ambani’s wedding. Jai Anmol Ambani, unlike his nature was actively participating in all the rituals, and was also seen accompanying his sister to the mandap along with his brothers.

Addressing the audience, he once said, “I look at the future with immense optimism. Our journey ahead is full of resplendent opportunities.”

Talking about the opportunity to shape the financial future of India, he said, “Together we are digital; we are disruptive; we are dreamers.”

While explaining the ‘series of innovations’ that his company has made, he added, “We believe the future will be a combination of physical and digital, that is, ‘phygital’.”

Belonging to the last generation of the Ambani family tree other than Anshul, Akash and Anant Ambani, Jai Anmol Ambani consider his grandfather, Shri Dirubhai Ambani, as his role model. There is no denying the fact that he walks on the trail set by his father, as well as grandfather.

While introducing his son in AGM, Anil Ambani said that Anmol Ambani had been lucky for the company as well as its investors. “Anmol has brought the group and, specifically Reliance Capital, tremendous luck, as the stock price of Reliance Capital, has risen nearly 40% in just a few months since the induction of Anmol onto the board,” he said.

Besides, recently, on April 25, 2018, Jai Anmol Ambani has been inducted on the boards of Nippon Life Asset Management Ltd and Reliance Home Finance Ltd.

Expressing his thoughts on the same, he said, “In a fast-growing economy, the potential for both Reliance Nippon Life Asset Management and Reliance Home Finance is immense, and I am happy we are capturing these opportunities as our recent financial performance reflects.”

Jai Anmol Ambani is a low-key person, who prefers to keep his personal life to himself. Unlike his cousins, he remains completely inactive on social media. It was in April 2016 that he joined Twitter. His account has just 78 tweets in a timespan of two years, which shows his low-key nature.

However, the handsome 26-year old is not living a dull life. He is fond of travelling and meeting people across the globe. In fact, before joining Reliance Capital, he took time to live his passion of travelling the world. 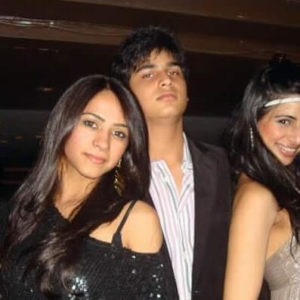 Anmol Ambani loves to play football and is a fan of Real Madrid Club. The billionaire’s son is a food enthusiast, and an animal lover. In contrast to his persona, he follows rock music. Moreover, the simple boy is far from ill-habits, like smoking and drinking.

The premium jet collection of Jai Anmol Ambani includes Bombardier Global Express XRS, Falcon 2000, Falcon 7X, Bell 412 (Helicopter), and Global Express (Aircraft). Despite the range of automobiles and aircrafts that he owns, Anmol Ambani is modest in his ways. He doesn’t take flashy cars at work and dresses quite soberly too.

The curiosity of people to know about the personal life of Anmol Ambani is his low-key nature. People are majorly interested to know about the love of his life. However, the girl who took his heart remains a secret.

While the current relationship status of Anmol is unknown, rumors say that he has been dating his batchmate from Warwick Business School. Although the name of the girl is unrevealed, it is reported that she is also Gujarati and an Indian businessman’s daughter.

As an Additional Director of Reliance Capital, Anmol Ambani used to earn Rs 1.2 Crore annually. His net worth is of Rs 20,000 Crore.

Even though the responsibility of an entire arm of Reliance Group, that is, Reliance Capital is placed on the young shoulders of Jai Anmol Ambani, the business is likely to flourish under his supervision.

Share your views in the comments section below, and to read more on the latest happenings, visit Pressroom Today. 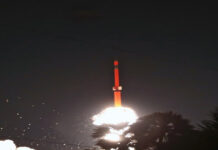 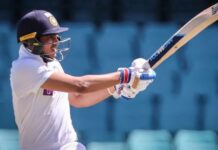