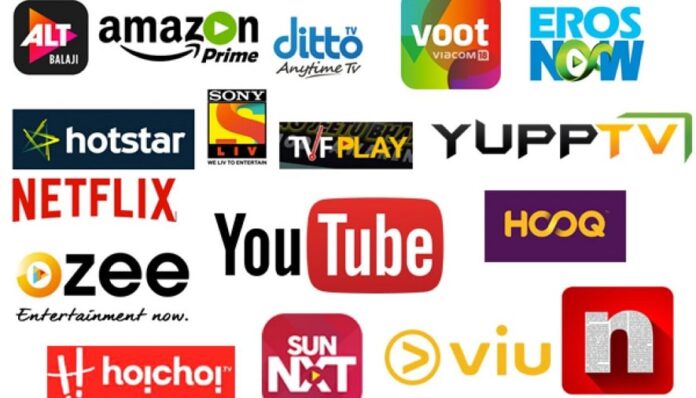 OTT platforms have democratized the film industry in the past few years. The platforms marked their presence during the pandemic offering a plethora of content and a host of entertaining content when people were stuck at home. OTT’s subscription became cost-efficient, offering an enormous amount of movies, web series, daily soaps, etc., with minimal expense. OTT has transformed the vision of the audience and its subscribers have grown rapidly during the pandemic.

Before the emergence of the OTT platform, Bollywood had a complete monopoly in the entertainment industry. The audience did not have many options except for Bollywood movies. Since OTT entered the market, Bollywood’s influence saw a decline. The pandemic hit the Bollywood industry drastically. However, it wasn’t the sole reason – the audience started rejecting Bollywood movies because the quality of the content was constantly degrading.

In 2020 when the lockdown was declared, the entire cinema industry was shut down. Bollywood suffered a huge amount of losses because no movies were shot and the cinema halls closed down. On top of that, another controversy that hit Bollywood was the topics of nepotism, with audiences accusing the industry of not giving enough opportunities to new artists.

OTT, however, followed a whole new approach by casting new artists and offering fresh content to the audience. This formula did not exist before; it allowed people to entertain a wider perspective. OTT changed the ‘so-called’ definition of a hero. The skin color and body type, which were taken as a benchmark to consider someone a ‘hero’ completely changed. People started appreciating the artists based on their talents, and not their appearances.

Actor Nawazuddin Siddique said, “OTT has a different reach and it’s huge. Amazon and Netflix have a huge presence in 190 countries and people all over the world can watch your performance. The original films of OTT are viewed by the whole world. Sacred Games made four times more profit than any super-hit Bollywood film. There is a much bigger world outside Bollywood.”

When the whole world was faced with a catastrophic situation, OTT platforms like Netflix, Hotstar, Amazon Prime captured the market exponentially. With its expansion, artists got the opportunity to showcase their creativity.

Today, big ‘stars’ from the film industry are also switching to OTT platforms for their movie releases. Films like “Radhe” and “Shershah” starring Salman Khan and Siddharth Malhotra exhibits that big personalities of Bollywood have also understood that OTT’s presence can’t be neglected anymore.

The Indian cinema is going through a major crisis right now. A big factor behind this is that the audience demands diversity in content, and in past few years, Bollywood has failed in offering a whole new form of content. The repetitive plots have caused widespread frustration in audiences. A research shows that, even in a post-COVID world, OTT services will continue to dominate.

Sooner or later, the production houses have to realize that OTT is not an adversary, but a dedicated ally. It can help content reach millions of audiences at the fraction of the cost of a formal release. The film industry needs to integrate with new technologies to survive and thrive in the upcoming new normal, where people want to consume content in the comfort of their homes.