Scoring high grades in-class tests and examinations have always been a parameter of academic success in Indian parents’ minds. Although parents continue to consider academic achievement as the benchmark of their children’s progress, their way of looking at K-12 education is changing gradually.

Parents of the 21st century know that every child is full of potential and has the ability to make fruitful contributions towards the making of a better world. A senior secondary school graduate of today’s generation has numerous career choices, unlike a student in the 70’s or 80’s where in options were limited to medicine, engineering or accountancy. Millennial parents are also becoming increasingly supportive of their children’s career choices.

Nurturing a well-educated child is a vision that Ryan Group of Institutions has been working on. It has made significant contributions to raising the expectation of parents as well as students from K-12 education system. ‘Academic excellence and all-round development’ has been the philosophy of Ryan International Group which it has been propagating form the last 43 years.

Ryan Group has continued to work towards achieving this transformation which once seemed almost impossible. The definition of good education has existed in two different parts — theoretical and practical, having a wide gap. While academicians have stated the difference between what a student should know and could know at various grade levels, not all of them agree with each other’s point of view, particularly, in the context of India where academic achievements are prioritized highly. Traditionally, our education system co-relates better performance in exams as directly proportional to our future success. Striking a balance between the old tradition and a new way of education has been a major challenge.

Following the visionary idea of Ryan International School owner and founder, the school has been working towards ‘Academic Excellence and All-round Development’ for more than four decades. With an aim to inculcate social and moral values in children, Dr. A. F. Pinto (Chairperson) and Madam Grace Pinto (Managing Director) set up the first school forty years ago and since then, the Ryan International Group has defined the idea of good education in a different way. The school has also been successful in making parents realize that excelling academically is not the only way to attain success.

Schooling-network in India is expanding at a rapid pace and the name of Ryan International Group of Institutions is taken with great reverence. The schools emphasize the development of students holistically and sensitize parents about the same. With more parents shifting from traditional education to the modern form, they are also contributing to the transition. Today, we see overall success as the amalgamation of academic performance, co-curricular activities, sports, and social endeavors. 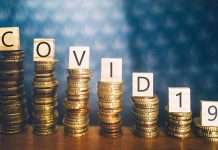 Reopen factories in phases to save economy says Deepak Talwar 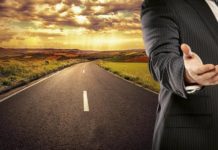