Microsoft announced that it would be removing Flash permanently from all its Windows software, two months from now. July will see the tech giant include the elimination of the software as a part of its Windows 10 update cycle.

The upcoming Windows 10 version 21H1 update will do away with the software entirely. Older operating systems like Windows 8.1, Windows Server 2012 and Windows Embedded 8 Standard will also be provided with an update that will remove Adobe Flash.

Microsoft had already begun the removal process by providing selected users with a patch in 2020. In February this year, the KB4577586 update was released which allowed the uninstallation of Flash Player on Windows 10 or Windows server. This update was made optional so that users could choose to not install it.

However, the Redmond-based tech giant announced that the ‘Update for Removal of Adobe Flash Player’ will be a mandatory feature for all updates, starting July 2021. The update would get rid of Flash in its entirety and also prevent future installations in order to prevent security risks arising from old bugs.

Microsoft’s latest blog post reads, “As of July 2021, the KB4577586 ‘Update for Removal of Adobe Flash Player’ will be included in the Latest Cumulative Update for Windows 10, versions 1607 and Windows 10, version 1507. The KB will also be included in the Monthly Rollup and the Security Only Update for Windows 8.1, Windows Server 2012, and Windows Embedded 8 Standard.”

Released in 1996, Adobe’s Flash Player was a hit with the internet and helped shape it until it was abandoned due to debilitating bugs and below-average performance compared to its newer rivals like WebGL and HTML5.

This development has been on the cards for a while now. As late as 2017, Microsoft and Adobe along with other stakeholders decided to withdraw support and do away with Flash Player. The momentous decision was prompted by the security risks that Flash Player exposed the user’s system to. That being said, its contribution to the internet and multimedia application of the late 90s and early-2000s can never be denied. 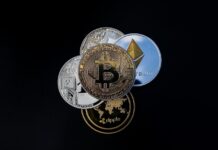 Transitioning from real to crypto economies: LATOKEN in pursuance 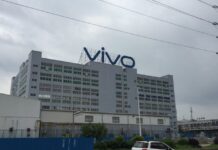