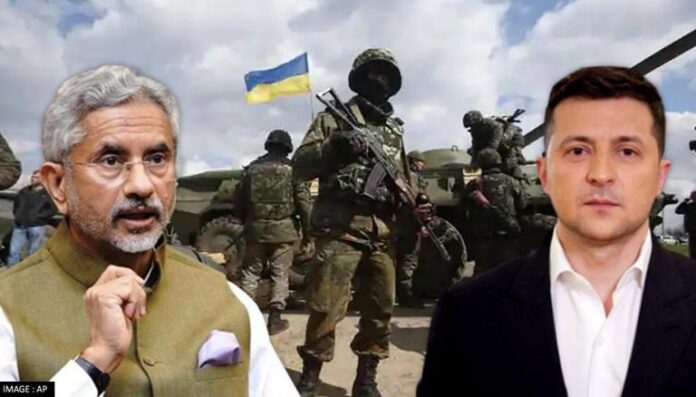 On Tuesday, India advised its citizens, particularly students, to leave Ukraine temporarily amidst the ongoing tension between Russia and the US. It has also been advised to avoid non-essential travel to and within the country. The statement is released amid the concerns that Russia might invade Kyiv anytime soon.

Read Also – Red Dragon Rising: Does China stand to gain the most from the Ukraine conflict?

“In view of uncertainties of the current situation in Ukraine, Indian nationals in Ukraine, particularly students whose stay is not essential, may consider leaving temporarily. Indian nationals are also advised to avoid all non-essential travel to and within the country,” the Indian Embassy said in the statement.

Latest News – India walking a tightrope on Russia-Ukraine conflict: How far can it stretch the cord?

Although Moscow has denied its plans to invade Ukraine, Russian 1, 30,000 troops have amassed near the near the Ukrainian borders. The US has warned Russia of severe consequences if it carries out the invasion.

According to the Indian Embassy estimates, approximately 18,000 Indian students are living in Kyiv currently, majority of them are medical students.

The advisory makes it clear that the situation can become worse in coming days. Ukraine is not a part of the NATO alliance yet, and any efforts of invasion from Russia’s end would provoke the US and its allies to defend Ukrainian territory by imposing costs on Russia.