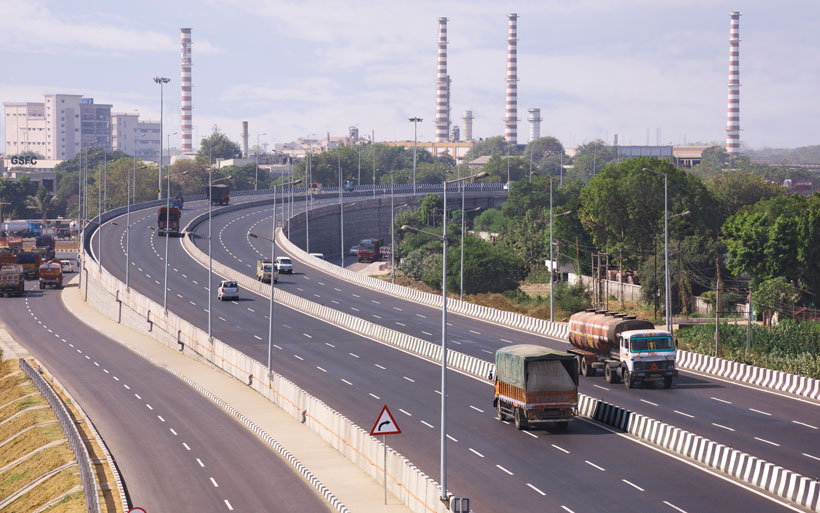 IRB Infrastructure Developers Ltd. (IRB) is one of most celebrated names in the infrastructure sector. The company has successfully carved a niche for itself the industry when it comes to undertaking and developing various infrastructure projects, especially road construction through several Special Purpose Vehicles (SPVs). IRB proudly owns more than 30 subsidiaries that are thoughtfully spread all across India.

Listed amongst the country’s prominent private roads and highways infrastructure developers, IRB has constructed, operated and maintained more than 9,295 lane kms of road length till date. The fact that IRB has an impressively large portfolio festooned with a number of India’s prime BOT projects is,indeed, commendable.

The Agra-Etawah Bypass Road Project is one of the achievements for the company to be proud of. The road up-gradation project involved six-laning of Agra-Etawah Bypass stretch of NH-2 of 199.660 km to 323.525 km in the state of Uttar Pradesh. IRB’s SPV AE Tollway Pvt. Ltd. commenced construction work on the project from 1st August 2016. The estimated cost of this Design, Build, Finance, Operate & Transfer (DBFOT) road project, which was initiated by the NHAI under its Phase-V of the National Highway Development Projects (NHDP), was said to be Rs 2,650 crore.

When interviewed about this notable development, IRB’s Joint Managing Director Sudhir Rao Hoshing had earlier commented, “We are pleased to commence the widening work of Agra-Etawah bypass road. Once completed, the corridor will provide congestion free, safe and more comfortable travel to commuters with much reduced travel time.”

Confident about IRB’s endeavors, Hoshing stated, “We are committed to develop the World Class road infrastructure that India needs to implement its development agenda.”

The Agra-Etawah Bypass Road Up-gradation Project is under construction and is expected to be completed by 31st January, 2019.