Subhash Runwal is founder and chairman of Runwal Group and a top real estate entrepreneur of India with a net worth of 1 billion dollars.

Real estate has been the area of interest for many business tycoons. However, none like Subhash Runwal. The person, who is amongst the most prominent builders in Mumbai now, was once just a common man.

Having recently entered the billionaires club, the real estate mogul has built his way to the top, one step at a time. He is the Chairman of the Runwal Group, which he started in 1978.

Hailing from Dhulia, a small town in Maharashtra, a teenaged Runwal had witnessed his grandfather’s jewelry business collapse. The losses in his family business hit him hard. Motivating himself to move further and bring his family out of adversity, he relocated from the small town to study commerce in Pune. Subhash Runwal’s love for numbers and his proficiency with them, eventually helped him pursue charted accountancy. To complete his studies and make it big, he stepped into the city of dreams, Mumbai, in 1964. All that he could say belonged to him at the age of 21, was a hundred rupees.

After completing his CA, the first job that he landed was with Ernst & Ernst in St Louis, Missouri, USA. Not liking the lifestyle, he packed bags only after 6 months, and landed in Mumbai, where he started working as an accountant.

With dreams that were bigger than being an accountant for his entire life, he slowly started building connections. Becoming the go-to guy for all things bureaucracy, he became close to politicians and other authoritative members of different bodies. The completion of all the tasks that seemed impossible were put on his shoulders.

Having developed a great rapport with everyone and making a mark with his work, he proved that his worth was much more. Subhash Runwal’s Marathi speaking skills also came in handy during the process.

How he started his entrepreneurial journey?

Runwal’s vision went beyond accountancy and he developed an interest in the real estate sector. Having no prior experience in the market, it was huge risk he had to take. While his family was skeptical about his decision, he knew what he was doing.

Subhash Runwal’s strategy was entirely different from what other builders and property developers were doing at the time. He focused on plots and spaces that were litigious, and were under the land ceiling law. He worked towards getting the titles cleared and then, eventually began his first construction project. 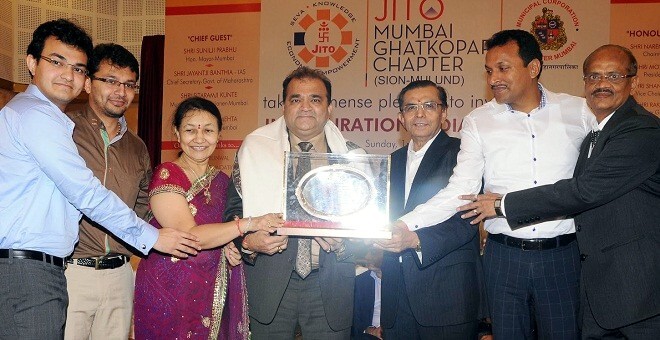 The first plot that he acquired was a 22 acre land in Thane. The construction journey for him began with Kirtikar Apartments, which was a 10,000 sq. ft. apartment block, in Thane. He further acquired land from Cama family.

With low-cost apartments being his USP, the entrepreneur gave everyone a roof over their heads. His popularity amongst the people was such that the residents from many of his projects would visit him in his office only to thank him. People brought sweets and sought his blessings.

Many of the projects that Runwal Group sold, had doubled in price within a short span of time. In a metropolitan city like Mumbai, this was the golden key for its residents. For people who never owned homes, doubling the invested money meant the world.

The ability to understand the nitty-gritties of business and the will to be a philanthropist, it was this what made Subhash Runwal a success story. He had a dream of fulfilling the dreams of many. His vision was not only limited to earning money, but extended way beyond, to winning the hearts of people. The amplitude of his work is now visible all across Mumbai.

Presently, along with middle-class residential projects, Runwal Group has also stepped into the luxury real estate sector in South Mumbai. It also caters to malls, offices and townships.

All about Subhash Runwal Family

Married to Chanda, the couple has two sons, Sandeep Runwal and Subodh Runwal and a daughter, Sangeeta Runwal.

Both his sons joined the business in 1995, and have been instrumental in the growth of Runwal Group. It was after the entry of both that the company stepped into the mall business with the 250,000 sq. ft. R Mall located in Mulund. Paying attention to marketing by developing new strategies for business, both Sandeep and Subodh, MBAs from Indian Institute of Management, Bangalore and Northeastern University respectively, brought a fresh approach to their father’s business.

Life transformation from rags to riches:

From a point in life where Subhash Runwal saw his grandfather’s jewelry business going down, and his family struggled to make ends meet, to today, where his net worth stands at $1 billion, it is a story of grit and faith. However, what cannot be overlooked in the story is his undying will and the determination to do better. 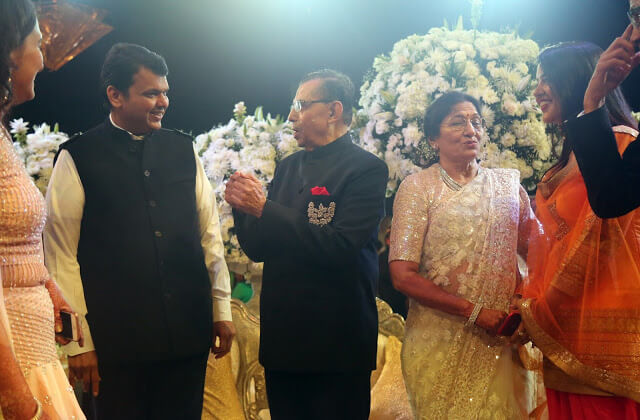 Subhash Runwal’s house after he landed his first job was a one room-kitchen. Today, the man stands behind some of the most successful residential and commercial projects in Mumbai.

The business tycoon believes that it is important to give back to the society. His vision has always been aligned with the betterment of the ones who need support. Subhash Runwal Education Foundation, started in 1983 is a public charitable trust that has been working towards many social causes. The trust provides assistance for higher education, hostels for boys and girls and medical aid amongst other social charitable initiatives.

It is these activities that reflect the true aura of a person and define the breadth of change that he has made. From an accountant with no identity to a man whose name speaks volumes, Subhash Runwal is in the truest sense, an example of success that follows hard work. 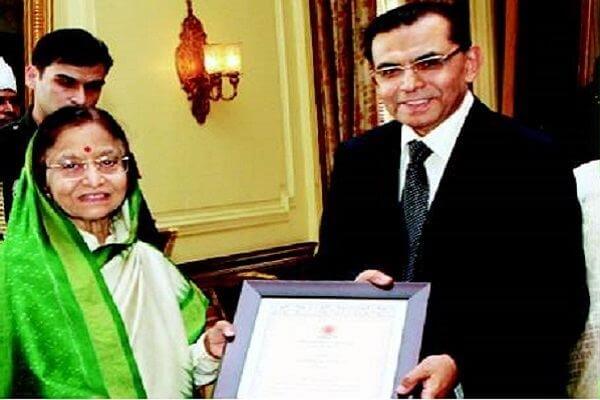 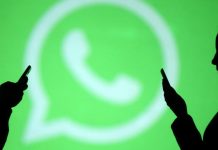