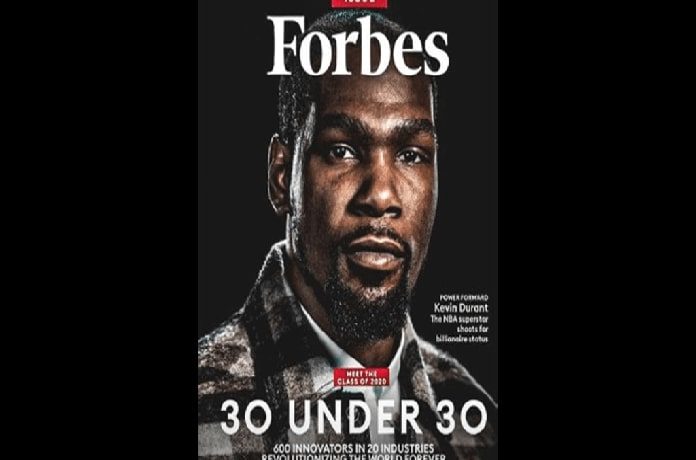 Featuring an extensive list of most influential 30 Under 30 people who have made their mark in the corporate sector, Forbes released its most sought-after “30 under 30” report for 2020.

Many young entrepreneurs, risk-takers, and game-changers made it to the list, who are redefining what it means to innovate and lead by example.

The Forbes 30 Under 30 class of 2020 includes 30 honorees for each of the 20 categories. Each honoree under 30 years of age was given an in-depth evaluation throughout Forbes’ vetting process, through the global organization’s wide-reaching community of skilled reporters and trusted judges.

This year 65% of the honorees are founders. Listees hail from across the globe—20% are immigrants, and nearly 40% are first-generation Americans.

Since after the list’s inception, which was nine years ago, Forbes has grown its 30 Under 30 exponentially, which is available for major industry players as well as general people to refer to. Their alumni network of Forbes includes more than 5,000 individuals throughout the world.

The distinguished reputation and a certain degree of achievement that is associated with the Forbes 30 Under 30 list make it one of the most desirable lists for entrepreneurs and corporate world.

Forbes is credited to successfully entail and celebrate the revolutionary, innovative and entrepreneurial spirit. The 2020 list includes a diverse and hand-picked class of individuals, with nearly half (48%) identifying as either an immigrant or first generation.

The young, creative and bold minds this year have managed to embolden the startup scape tremendously. Some noteworthy Indians that made it to the list were entrepreneurs such as Aashay Arora, 28, founder of EnKoat; Carbon Upcycling Technologies, founded by Apoorv Sinha, 29, and Sandeep Ahuja, 28, cofounded Cove.tool – a software product that helps architects and designers discover more efficient building methods and materials.

The list contained some 600 revolutionaries in 20 industries majorly influencing not just business but also the society.