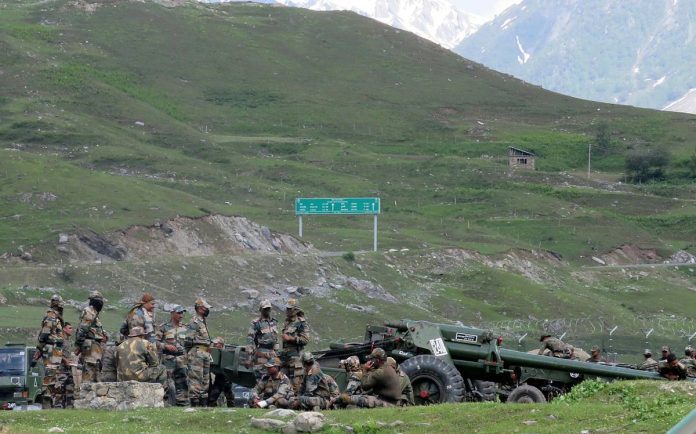 Amid the India-China border clash at the Line of Actual Control (LAC), the Ministry of Home Affairs has decided to increase the security forces to counter the Chinese aggression. According to sources, the Indo-Tibetan Border Police is now deploying 40 more companies at the LAC. Sources added that approximately 4000 troops are being relocated from internal deployments to forward postings with immediate effect.

This will be done mainly in 2 sectors of Ladakh and Arunachal Pradesh. The Home Ministry has taken this decision acting upon a report which mentions that across 3,488 km border they have 180 border posts and 50 staging and holding forward camps. All of them ranging from the Karakoram to Jachep la will be covered extensively by this in the next 96 hours.

Sources said that the activities by the Chinese forces had expanded in the Eastern Ladakh region before the Galwan Valley incident and their choppers were spotted as they attempted to enter the territory of India. To counter any such action by the PLA armed force, the Army has sent Quick Reaction Surface to Air Missile System (QRSAM) at the Eastern Ladakh Sector.

The Center on Sunday gave upto Rs 500 crore to each of the three defence forces for acquisition of critical ammunition required per project. This was done to prepare the forces in case of an all-out or if a conflict breaks out. This move has been taken in the midst of the Galwan valley’s clash between India and China where 20 officers were martyred.