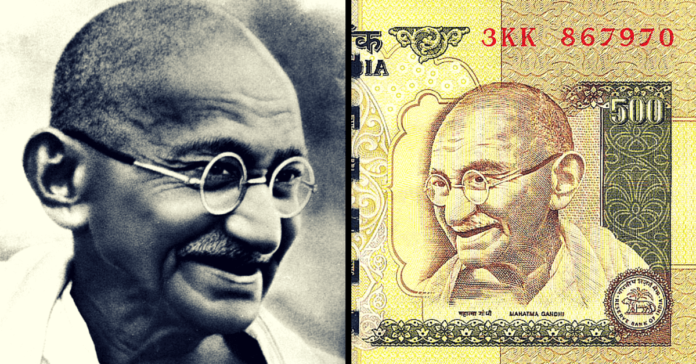 Why and when Gandhi appeared in the Indian currency? – A common question that has crossed various young minds while studying about the Father of the Nation. Mohandas Karamchand Gandhi’s contribution to the independence of India from the British rule is unparalleled and though he was assassinated in 1948, his legacy took its own time to appear on the currency notes.

Why and when Gandhi appeared in the Indian currency?

In 1969, The Reserve Bank of India (RBI) commemorated Mahatma Gandhi on his 100th birth anniversary by releasing 100 rupees note with his image. Other denomination notes continued to feature different images in every few years including the Lion Capital, Ashoka Pillar, Gateway of India, and other recognized monuments across India.

The reason for selecting Gandhi’s portrait was simply expressed by Arun Jaitley in 2014. While addressing the Lok Sabha, he said, “An RBI panel has decided against the inclusion of any other national leader’s image on banknotes saying that no other personality can better represent the ethos of the country than Mahatma Gandhi.” 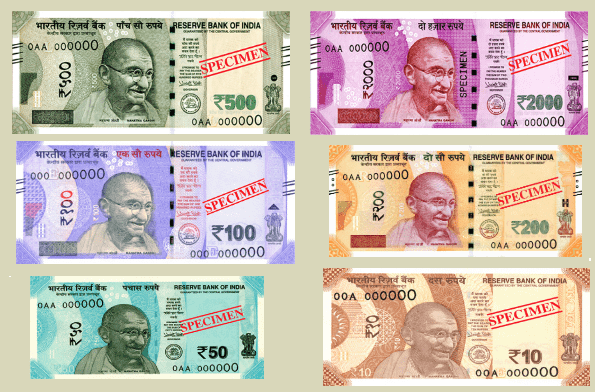 There are a few other reasons as well. In 1978, after the first demonetization incident in India, new notes focused on object images that signified the importance of science, technology, progress, and Indian art forms. However, it became easy to forge symbols over a period of time. A face, on the other hand, was difficult to replicate, and although there were a lot of candidates, the Father of the Nation was the least controversial.

Other elements of a note such as a watermark, image, paper, etc, demanded immediate change due to increased standards of security for the Indian currency. Factoring in all these reasons, the RBI introduced ‘Mahatma Gandhi Series’ of currency in 1996.