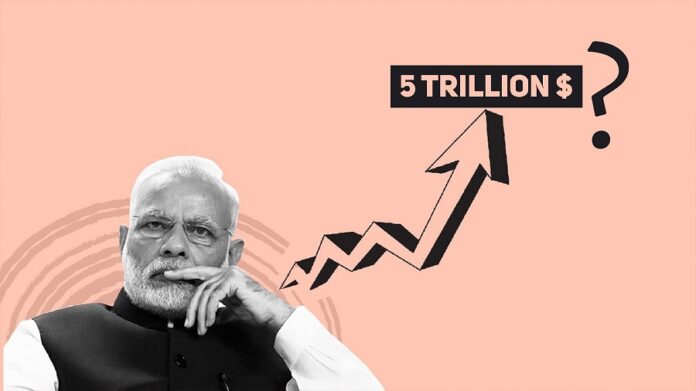 In 2019, Prime Minister Narendra Modi announced his vision of transforming India into a “$5 trillion economy and a global powerhouse” by 2024. However, Covid-19 played spoilsport and became a major setback for the nation, as it slowed down economic growth.

Nevertheless, Union Minister Hardeep Singh Puri’s video conference at the Public Affairs of India’s (PAFI’s) 8th National Forum was an optimistic one, wherein he stated, “I am confident that we are on our way to becoming a USD 5 trillion economy by 2024-25 and a USD 10 trillion by 2030, from the US$ 2.7 trillion to US$ 2.8 trillion economy of today.”

Vamsi Vakulabharanam, co-director, Asian Political Economy Program at University of Massachusetts Amherst (USA), mentioned the slow growth of the Indian economy due to coronavirus pandemic and pointed towards the graph declining much steeper than what other developing countries and the global economy saw over the last year. He said, “As of now, the current Indian GDP is less than USD 3 trillion. If this has to jump to USD 5 trillion in four years, the economy has to grow higher than 13 per cent per annum, on the average.”

In the wake of the current and future goals, the Prime Minister highlighted India’s recovery path, focusing on five major factors – sufficient FDI inflows, improvements in manufacturing, high production and procurement in agriculture, revival of demands and an addition to the Employees’ Provident Fund Organization (EPFO) subscriber base, for an improvement in job market. Also, improvement in freight movements and high foreign exchange reserves indicate a step towards achieving the $5trillion economy goal.