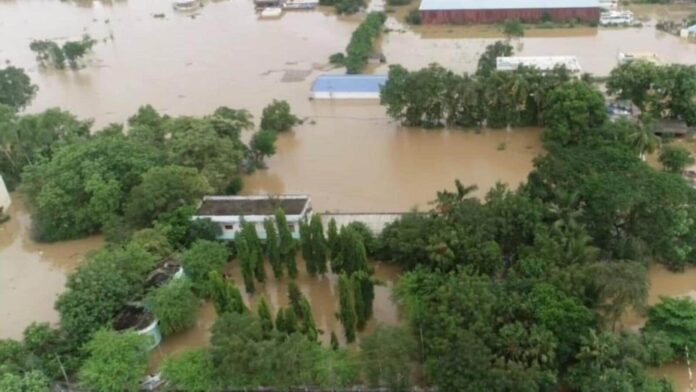 Climate change is one of the most significant and most complex problems the world is currently facing, making 2022 a year of appalling weather events. The year has brought terrifying wildfires across Arizona, California, and Europe and unusually early heat waves globally—notably in East and Southeast Asia, Europe, and the US. Freak hail storms have walloped Germany and Mexico. US forecasters expect an above-normal hurricane season. Italy gets gripped with drought as the Po River dries up, and giant sandstorms have swept China.

India also happens to be among the countries most vulnerable to climate change. It is concentrated with one of the world’s highest densities of economic activity, with many impoverished citizens relying on the natural resource base for their livelihoods and a high dependence on rainfall. World Bank was correct to point out in its report about the impact of climate change in India, stating that the country is most likely to get impacted by climate change through its water resources. The premature flooding of the Godavari River further validates that the climate problem is looming upon also threatening India. The Godavari, the Ganges of the South, is currently flooded like never before. The River’s flooding drastically affects all the states it passes through – Maharashtra, Telangana, Chhattisgarh, and Andhra Pradesh. Andhra Pradesh is facing the worst flood after 36 years. The River has been turning ferocious by the hour, threatening to inundate tens of villages, mainly in West Godavari and Konaseema districts.

The River, which generally faces spates from August to September, witnessed untimely floods beginning in July. They continue to wreak havoc in neighboring states and villages. The water levels in the River have reached their highest in the last 40 years. The surge in flood has wreaked havoc, particularly in more than 50 island villages of river Godavari, which remained cut off from the outside world. More than 1.5 lakh people have been affected by the Godavari flood, leading to the evacuation of thousands of families from the affected areas.

The Indian Government has been quick on its feet to support the victims of the flood by facilitating rescue operations for the severely injured, pregnant women and kids. The officials dropped food, water sachets, and medicines through Indian Navy helicopters to the victims. However, in a situation like this, full-fledged relief operations can be taken only once the floods recede.

While the response activity to the floods is laudable, the fact that parts of South India remain drenched in the month of July remains a cause for concern. Such extreme climatic events are bound to impact the Indian population, economy, and environment profoundly. Higher temperatures, unpredictable precipitation, and catastrophic weather events have already begun to impair the economic performance of numerous nations and the lives and livelihoods of millions of people.

The intensity of climate change’s effects will depend on the trajectory of our activities henceforth. More careless actions will lead to more climate extremes and widespread damaging effects across our planet. As such, in addition to the efforts of the world governments, we must also make conscious and continuous efforts to preserve the bounties of our nature so they can be enjoyed and not feared.