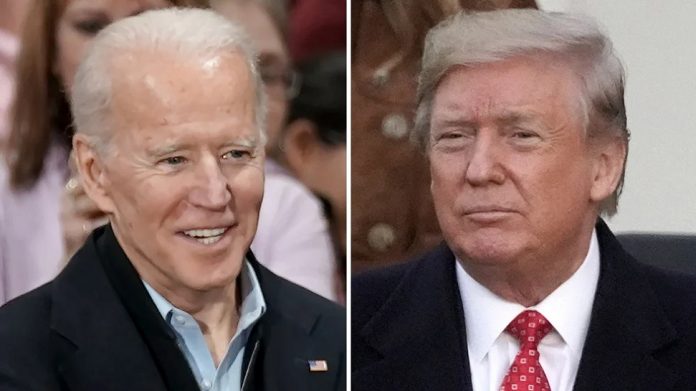 With Joe Biden being a loyal democrat for years, running for the presidential elections alongside Trump, a major dilemma has surrounded the US citizens. Who will be the next President of the US? Will Joe Biden be the better President?

From George Washington to Barack Obama, the US has had its fair share of controversial and non-controversial presidents. A tough choice stands in front of the US citizens – whether to continue with Trump, the man with a history of controversies, or choose Biden, the familiar assaulter?

In 2017, when Donald Trump became the president of the United States of America, many were in disbelief of the procedure leading to results. With Hillary Clinton also running opposite to Trump, majority of the population was in favour of the former candidate than the latter. Why was that? Hillary Clinton, who should’ve assumed office in the 2017 US election, would’ve become the first woman president of the US, keeping in mind the initiatives she took for the public, which is why, the victory of Donald Trump came as a shock to the majority in the US.

Evidently, Trump had made several derogatory remarks to bring down Hillary’s vote count which ultimately favoured him in the in-house elections. One of his controversial statements – “If Hillary Clinton can’t satisfy her husband what makes her think she can satisfy America?” was one of the instances which prove how he regards women.

Ever since Trump came into the spotlight, instances of him being one of the biggest fails as the president has been brought to light. He has been called a womanizer and often been compared to the likes of Hitler. At least twenty-three women have publically accused Trump of sexual misconducts. In addition to this, in the most recent update regarding this matter, Trump refused to get his medical tests done as he was convinced that the accusers would try to use his DNA to prove that he is guilty. Trump has also spent over $21.6 billion for setting up the virtual border wall, the money that is being used for building this wall is said to be taken from the taxes. This decision is being criticized across America.

While Trump has made headlines several times for his outrageous tweets and public statements, Joe Biden is said to be less controversial. Although, he has also had times where he faced huge backlash from the people. Biden helped write one of the most controversial 1994 crime laws, which instead of lowering the crime rate, led to mass incarceration.

In 2019, Lucy Flores, former Nevada assembly woman, accused Biden of touching her without consent. In an op-ed, she wrote that Biden had walked up behind her, put his hands on her shoulders, smelled her hair and kissed the back of her head, adding that the way he touched her was “an intimate way reserved for close friends, family, or romantic partners—and I felt powerless to do anything about it.” Biden’s spokesman said that Biden did not recall the behavior described. Amy Lappos, Caitlin Caruso, D.J. Hill and three other women have reported that Biden had touched them in ways that made them feel uncomfortable.

Later in April, Tara Reade, Biden’s staffer, alleged him of touching her inappropriately which he apologized publically later on but also denied of anything ever happening. A year later, Reade filed a complaint accusing him of sexual assault in 1993. She shared the horrific details in her complaint and refused to back down from her statement. Biden, however, denied the allegations. He has also shared several racist remarks towards the people of colour, mainly African-Americans.

Hoping to bring about a change, Americans have started speaking up about many issues – Black Lives Matter, Women Rights, #MeToo, among others. They have started raising their voice against police brutality and biased government reforms. Judging by the current scenario, if the presidential elections continue to fume the citizens, America may face the greatest political revolution of all time.