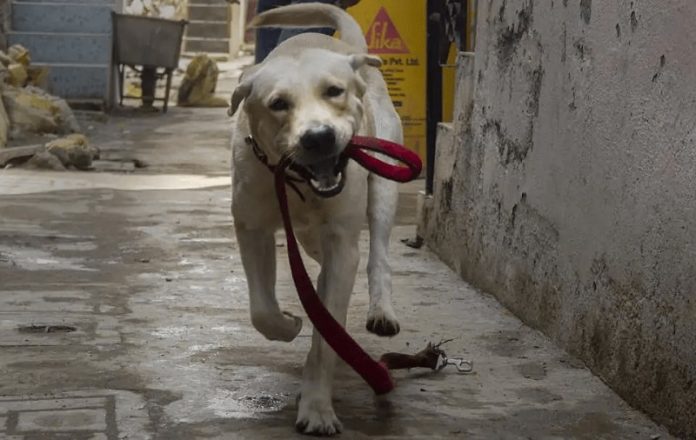 A 50-year-old man was killed in north Delhi’s Burari area on Thursday in a dispute over a pet dog, police said. The deceased has been identified as Kuldeep Katyal, a resident of Sant Nagar, Burari.

Police received information on Thursday at 12.12 am regarding a quarrel. After reaching the spot, it was found that injured Kuldeep was already rushed to the Babu Jagjivan Ram Memorial Hospital. He was unconscious, a senior police officer said.

Shambhu Katyal (25), son of Kuldeep, said he lives with his family and runs a mobile repairing shop. On Wednesday, when he was closing his shop around 11.45 pm, his nephew came to him and informed him about a fight, police said.

Kuldeep reached his daughter’s house. Meanwhile, Shambhu also reached there and saw two persons beating up his brother-in-law Ashok with a cricket bat. The alleged attackers were also shouting that Kuldeep’s daughter does not leash her pet dog.

Kuldeep was allegedly hit with a cricket bat, following which he fell down. “On Shambhu’s statement, a case under sections 308 (attempt to commit culpable homicide) and 34 (acts done by several persons in furtherance of common intention) of the Indian Penal Code was registered at Burari police station,” Deputy Commissioner of Police (north) Monika Bhardwaj said.

Must Read – Animal Cruelty Issues Shown Not Only To Prevail Among House Pets, Advocates Emphasize On Animal Testing Risks

Kuldeep was later referred to Safdurjang Hospital where he died during treatment, she said. Accordingly, section 302 (murder) of the IPC has been added in the FIR. Both the suspects have been taken into police custody and interrogation is underway, the DCP said.

The family of the deceased also alleged that a man has been harassing Kuldeep’s daughter and making obscene gestures to her, but she never reported this matter to anyone earlier and the same is also being enquired, police added.