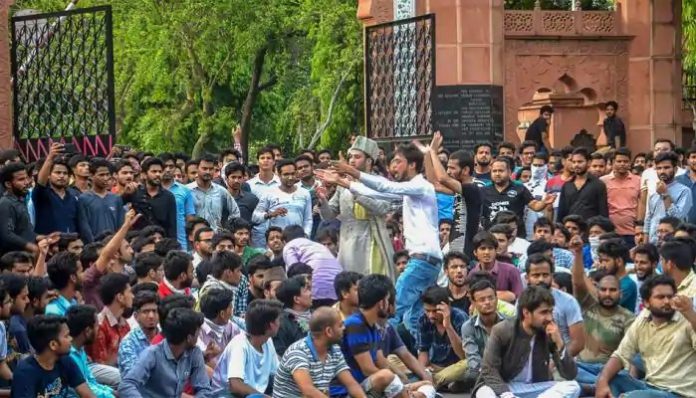 Since the BJP government came into power, a number of institutions have faced a dilemma of either submitting to the interference of the ruling party or objecting to the intervention for safeguarding their identify. While many institutions have paid the price of resisting by facing unbearable consequences, others have silently accepted that the might is right. However, a question that has remained unanswered is why the government is targeting these institutions unnecessarily?

It is no secret that RBI, Election Commission, CBI, CIC or even the educational institutions have altered their directives as per the need of the ruling party, but the most unpredictable event has been the submission of a credible institute like Supreme Court. These institutions have probably sensed that the current government will keep working the hard way and shaped their operations accordingly in the nick of time. However, it has worked in the opposite way and favored the government’s narrative every time, instead of helping the people and nation at large.

Although we ought to question the credibility of these pillars of democracy, but we cannot undermine the pressure exerted by the government, which lays majority of the blame on the activities of the ruling party. For instance, if we go back to the episode of November 2016, the RBI board was informed hours before the decision to demonetize 86 per cent of the currency in circulation. The mediocre decision not only became a disaster for the country, but also bypassed RBI like a bystander.

Apart from this, the CBI ‘s role has also been questionable on several instances in the last 6 years. There is hardly any doubt pertaining to the role of central government to appoint its favorite director in January, 2017. Since then, the CBI has extensively been used to target the opposition and help the government carry on with its agenda to weaken the voices. The fate of election commission has been no different, as it has shattered under the pressure of this government. The incident of Gujarat assembly polls and disqualification of AAP MLAs in Delhi is enough proof to showcase how the EC has been functioning under the present government’s regulation.

The most concerning development has been the Supreme Court’s inability to withstand the storm. The supreme institute of the country has been allegedly distributing cases suiting Modi government. There hasn’t been much agitation from the men who matter, and the things have gone from bad to worse in the last few months. Although recently, some concerning voices have questioned the credibility of the Supreme Court, they too have been criticized and shamed for waking up from the slumber.

Why BJP is targeting JNU, AMU and Jamia

In the second term of the BJP government so far, we have witnessed how the universities have become new battle grounds for the central government. A dangerous line has been drawn between the students who follow the left wing ideology and those who haven’t come out of the government’s lies as yet. There is enough evidence to conclude how prestigious universities like JNU, AMU and Jamia have been targeted to flare up violence, manufacturing ways to use brute force, followed by mass arrests and propaganda.

At this juncture, it is clear that the current government has decided to tie up all the institutions in line with its own ideology and deal ferociously with those who refuse to submit. So far, it has succeeded in locking up several pillars of democracy, but only time will tell how long it will be able to sustain the pressure.