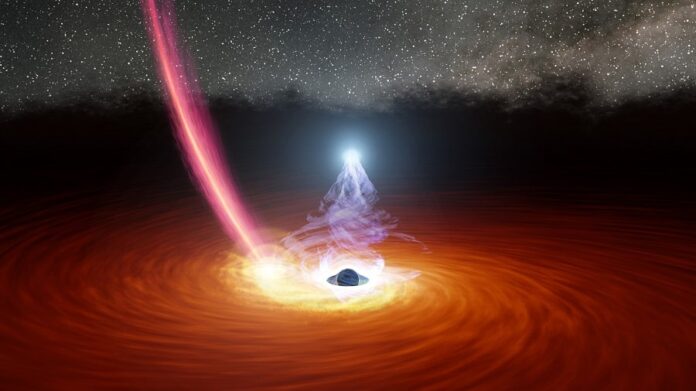 On Thursday, scientists are set to announce a groundbreaking Milky Way discovery by releasing an image of the supermassive black hole lurking at our galaxy’s center.

The research has been carried out by the Event Horizon Telescope (EHT). In 2019, it unveiled the first-ever photo of the black hole. The recently discovered black hole is called Sagittarius A*, or SgrA*, and is situated at the heart of Milky Way.

The monstrous object possesses 4 million times the mass of our sun and is 26,000 light-years away from Earth. In fact, it is devouring any matter that comes near to its circumference with its gravitational pull. If the researchers succeed in their mission, this would be the second black hole ever so pictured.

Three years ago, the EHT project released an image of a supermassive black hole at the center of a different galaxy called Messier 87, or M87, presenting a glowing red ring with a white surrounding and a dark center.

Black holes are phenomenally dense objects with a strong gravitational force. The gravity is so strong that even the light can’t escape, which makes visual identification more challenging. A black hole’s center horizon is a point through which nothing escapes – planets, stars, gas, dust, and all forms of electromagnetic radiation – everything is dragged into oblivion.

The Event Horizon is a global network of observatories that work together to record radio sources associated with black holes. The project was started in 2012 to record the immediate environment of black holes.

The Earth belongs to the Milky Way galaxy and it consists of nearly 100 billion stars. When viewed from above, it appears like a spinning pinwheel, with the sun situated on one of the spiral arms.